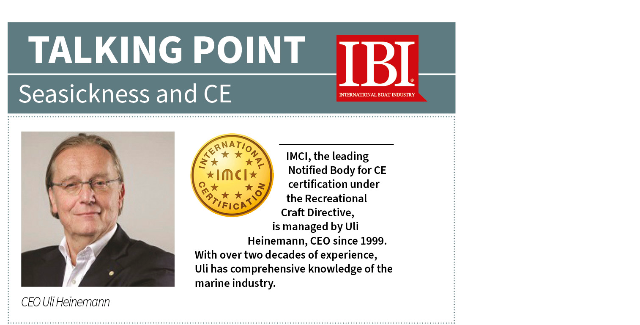 For most people the permanent rocking motion of a watercraft around its longitudinal axis is more than unpleasant. Unfortunately, in extreme cases the rolling  motion can lead to the dreaded seasickness.
The desire for comfort on the water, whether at anchor or at sea, is therefore a desire of many crews and their guests. Our industry realised this early on and countered the problem with stabilisers.

Today, we find these systems have trickled down from the superyacht sector to almost the entire boating sector.
Almost all manufacturers of these systems have entered the market with rather larger units and have equipped ships and megayachts with them. There, the system manufacturer encounters a lot of space and sufficient motive power.

Thanks to customer demand and the high level of development of the stabiliser technology, the units are now becoming smaller and smaller and are therefore already installed even on medium-sized boats. Let’s see where the trend will lead.

As different as these systems are, regardless of their capacity, they all have one thing in common: there is always electricity involved!
Furthermore, their control and drive units are always installed in the hull and usually in the engine room.

Why is this an issue?
Large vehicles tend to be powered by diesel engines. Smaller ones, on the other hand, tend to be powered by petrol engines. If the hull length of the craft is shorter than 24m, it is in the regime of the Recreational Craft Directive (RCD). If “electric” meets “petrol”, ignition protection is always required to avoid explosions!
Although the stabiliser technology is well developed, some manufacturers have not recognised this problem with regard to the CE approval of their products and may equip smaller inboard and stern drive petrol-driven watercraft with stabilisers that are not ignitionproof.

The law requires that all components which could produce an electric spark while sharing a compartment with petrol tanks or engines ideally comply with EN ISO 8846 “Small Craft - Electrical devices - Protection against ignition of surrounding flammable gases” in its latest edition.
As so-called “Annex II” components, they shall have their own CE mark according to the RCD.

Watch out: Some do not!