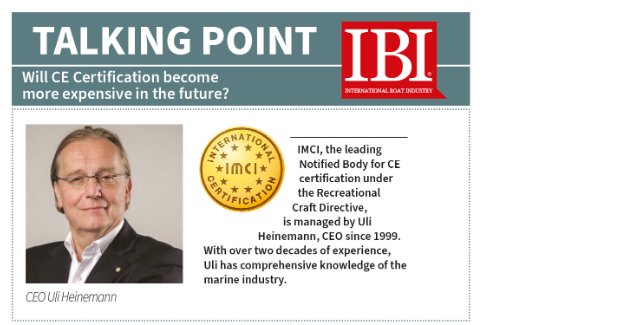 Will CE Certification become more expensive in the future?

As you know, the Notified Bodies in the EU certify the products of our marine industry based on ISO standards. However, their own accreditation is also based on other ISO standards. Up to now, ISO 17065 in its latest version was mainly used by the accreditors for this purpose. According to this, the Notified Bodies could certify in all modules of the RCD that are important for our industry.
At the beginning of the year, however, another accreditation standard came into play, ISO 17020. The members of the European Cooperation for Accreditation (EA), a non-profit association registered in the Netherlands, have additionally introduced this standard. The EA was officially mandated by the European Commission in Regulation (EC) No. 765/2008 to develop and maintain a Multilateral Arrangement for Mutual Recognition (EA MLA). The EA has 36 full members and 13 associate members. The full members naturally include the 27 members of the EU but also additionally Albania, Iceland, Montenegro, Norway, North Macedonia, Serbia, Switzerland and the United Kingdom.

The EA MLA is a signed agreement between the EA full members in which the signatories recognise and accept the equivalence of the accreditation systems operated by the members as well as the reliability of the conformity assessment results of the conformity assessment bodies (CAB) accredited by the members. This is to make the goal “Accredited once, accepted everywhere” effective.
These full members thus agreed on the additional application of ISO 17020. It is only used for certification in module A1. Unfortunately, this standard entails an extension of notification for all Notified Bodies, which most of them should probably have completed by the end of the year. The costs for this are quite considerable, especially for the smaller certifiers. Furthermore, the quality assurance procedures of ISO 17065 and 17020 are partly different, which raises
further internal costs for additional administrative procedures at the certifiers. And in the end, of course, the tiresome workload of forms increases.
All in all, this is not a good development, both within and outside the EU, as it leads neither to safer products nor to simplification and reliability of the certification processes. On the other hand, it increases the administrative burden and the associated costs.

Well, the consumer will have to pay for it.